SSE broke new ground to be the first company to publish a “Just Transition” plan in November last year.

Today the independent commission set up to advise the Scottish Government on how to manage the transition to reaching it’s 2045 net-zero target called for it to be “national mission with social justice at its heart”.

We know the value of the skills people from traditionally high carbon industries have and how they can play a part in SSE’s low carbon future.

We speak to some of them, from across the business, about making the switch.

Alan Paul worked in the oil and gas industry for almost 30 years.

Born and brought up in Wick, Caithness, home to the operation and maintenance base of Scotland’s largest offshore windfarm, Beatrice, he is control room team lead at the base.

Alan looks after a team of four control room operators and four marine co-ordinators, with over two thirds of them coming from offshore industries.

He said: “Joining the team at Beatrice I’ve used quite a lot skills from my previous roles. I was initially an electrician offshore before moving into production operations, control room and in then in to supervisory roles, so the skills are definitely transferable.

“Renewables is certainly the way forward. Oil and gas is undoubtedly on the decline whilst renewables are on the way up. Beatrice has been an excellent place to come and work.”

Originally from Thurso, Caithness, Eva began her career as an apprentice in the oil and gas industry. She worked in a number of roles including an authorised electrical technician on a north-sea oil platform.

She said: “I experienced many times of uncertainty with the oil downturn bringing redundancies to companies I had worked for. When a colleague of mine left for a position with a renewable company which offered more stability, I started to become interested in the renewable sector.

“After being in oil and gas for more than five years, I decided I wanted a new challenge and SSE seemed the perfect opportunity. Making the switch to Beatrice I’ve really enjoyed working in a dynamic, ever changing and challenging environment.

“Whilst being able to travel home at night from work is great, but with my job role I will still get the opportunity to travel to different sites in the UK which is very important to me. This gives me the best of both worlds – as I enjoy meeting new people and being involved in different projects.” 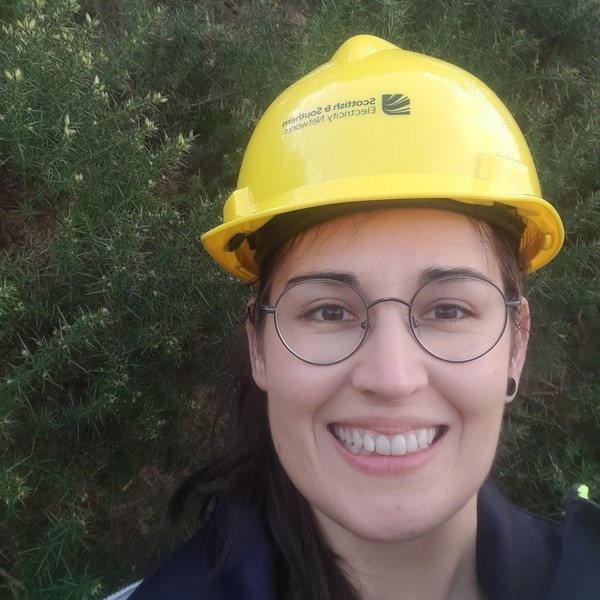 Claudia Nordgren, assistant engineer, SSEN Transmission, previously worked as an engineer in Sweden within the shipping industry, transporting goods such as coal.

She is based in Glasgow and came to SSE through the STEM returners scheme, which gets people who have taken a break back into STEM industries.

She said: “I wanted to change industry and the pandemic struck just as I had left my previous job. Although I had not consciously chosen to have a break, I am very glad I had one! It helped me put things into perspective and I took this opportunity to explore what I really wanted from a career and life.

“I have always wanted to work in the low carbon/renewable industry and SSE is a front runner on this so I am very pleased to have joined. I work as an Assistant Engineer in the Project Engineering team within Transmission. My role is really varied which I am really enjoying.

“I want to develop my engineering knowledge and contribute towards projects which make a difference.” 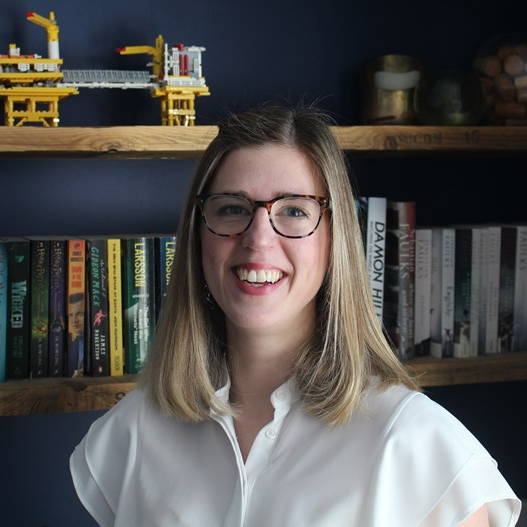 Amanda Harvey, commercial analyst, with SSEN Transmission worked in a number of offshore and office based engineering roles in the oil and gas industry. She took a career break after the birth of her second child. And also returned to work through the STEM returners scheme.

She said: “I had always hoped we’d be in a position where I could to take some time out when the children were young. I had stopped enjoying Oil and Gas as, fundamentally, it didn’t fit in with my values, so it seemed a good opportunity to take a break when we’d finished growing our family. In total, I had a four-year career break.

Amanda is currently working on the RIIO price control processes.

She said: “I am very much enjoying the role as it exposes me to a wide variety of people, meaning my network has grown quickly.

“My biggest hope is that I become a valued and well-respected member of the Transmission team.  I can see myself in my current team for at least the next few years gaining a deep understanding of the different stages of the RIIO process, and all the other interesting projects that our team is involved in.”

Ready to find your next move?